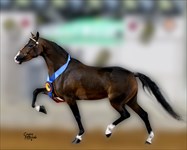 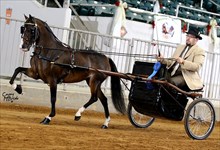 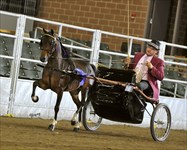 For Hausman Pony Farm, our 3 National Shetland All Star Champions for 2012 were:

These were the only 3 ponies Hausman Pony Farm sent out to compete this year and boy did they all bring home the bacon for the year! Thank you Robby, Andrea, and Marcia Barth of Showtime Training for another perfect year of showing our ponies!

Wilk Rachel Alexandra(HOF), having gone all year undedeated in halter and driving (except only one 2nd place under one judge in driving), has now received:

She has won it all, can't get any better than that. What talent, beauty, and elegance!

CH Texas Ranger (HOF), full brother to Grace above, also drove in his forte of Classic Country Pleasure Driving, and also took his driving division away by receiving:

And this was Ranger's 1st year of driving training/showing.