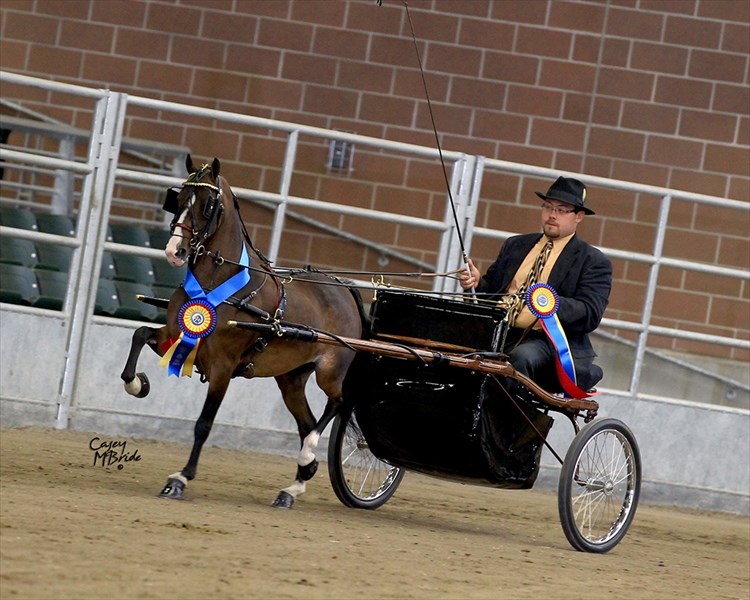 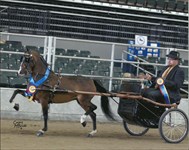 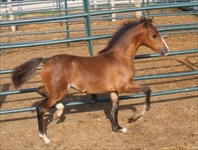 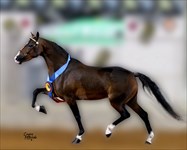 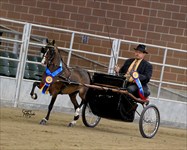 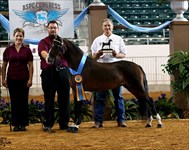 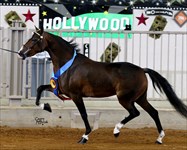 Rachel is a full sister to "Rimfire" on our Stallion Page, with the same impeccable breeding and performance in the show ring! As you can see on her picture, she has a lot of trot and ellegance, and what a joy she is to be with!

As a 2 yr. old filly (2011), in her 1st year of showing, she earned her Halter Hall of Fame in just 5 shows. Then in 2012, she went completely undefeated in halter all year 2012, and was only defeated in driving under 1 judge the whole year, her first season of driving! Rachel earned multiple 2012 ALL STAR CHAMPION awards, in every class she showed! This culminated in Rachel earning 2012 MODERN PLEASURE HALTER AND DRIVING PONY OF THE YEAR!

Since she had an absolutely perfect, undefeated halter show season in 2012, we decided to retire her from halter, and focus on driving in 2013, as a 4 year old. So.... after earning her HOF in Driving, and winning the 2013 NATIONAL CONGRESS GRAND CHAMPION MODERN PLEASURE DRIVING STAKES, combined with the rest of her beautiful driving all season, it catapulted Rachel way out front to become the 2013 MODERN PLEASURE DRIVING PONY OF THE YEAR, again!

See Rachel's news posts at the right for more news and information about her accomplishments.