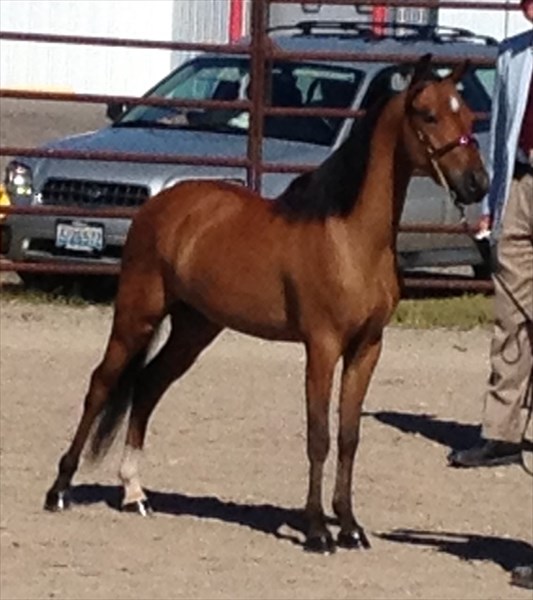 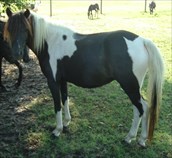 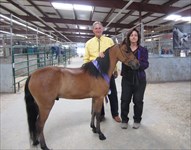 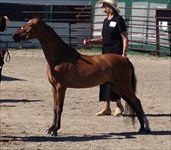 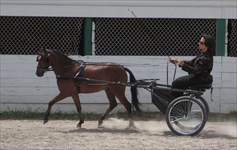 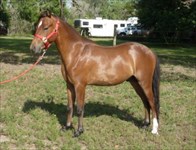 This beautiful colt was gelded and sold to Julie Kimmey of Montana, who took him out her 1st year and showed him all the way to:

Then the next year she showed "Donnie", he earned Super Gelding again, plus #1 CHAMPION in 3 categories in the 2014 ASPC National Annual ALL Stars: