Sully 2016 Modern Pleasure Halter AND Driving Pony of the Year!!! 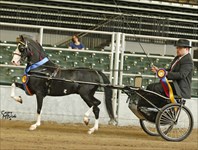 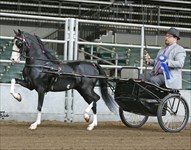 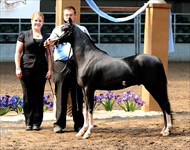 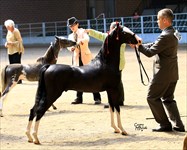 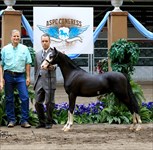 In 2016 CH General Sul Ross "Sully" (HOF) once again had an incredible year driving in Modern Country Pleasure during in his 2nd year of driving, as a 4year old, under the expert care, training, and handling of Robby Barth of Showtime Training. Earlier in the year Robby was also named Modern Trainer of the Year. We believe they helped each other.

Sully beat every other Modern Country Pleasure driving pony out there driving in 2016, as he won the Open and Stakes Driving exhibition classes at the Annual National Congress Shetland Show, and working his way through the whole 2016 show season. After winning 2015 Modern Pleasure Driving Pony of the Year (POY) as a 3 year old in his 1st Year of driving, and was runner up for Halter MP POY as well, he did it even better in 2016, earning the 2016 Modern Pleasure POY in BOTH Halter and Driving!

We absolutely love this pony, such a joy to drive and be around.