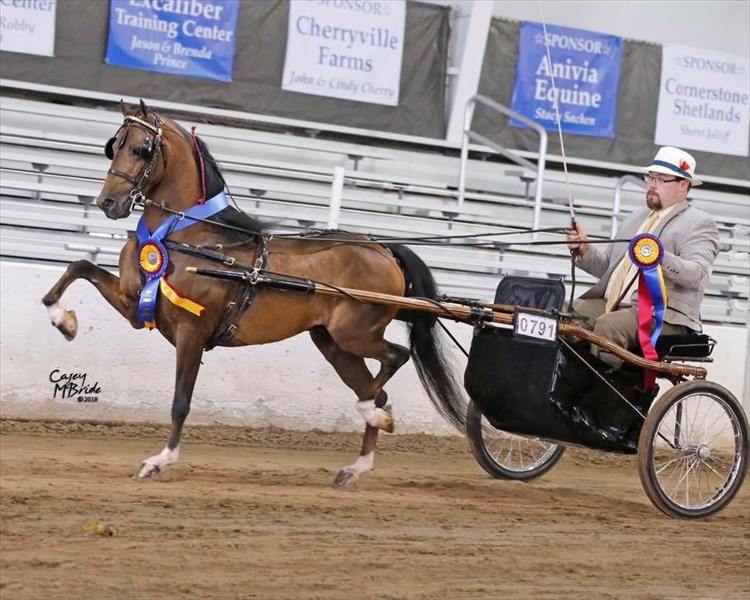 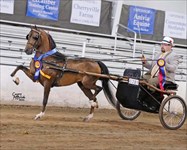 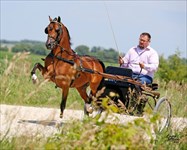 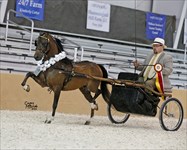 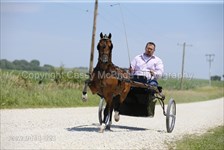 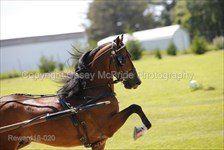 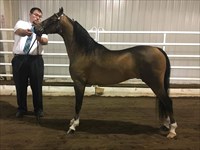 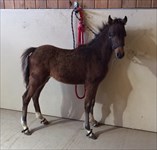 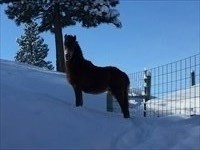 Modern stallion we purchased as a 3 1/2 month old weanling. We love this colt and his breeding and have great expectations for him. He has beautiful natural carriage, a lot of trot, and a wonderful kind, willing, curious, quick learning, and wanting to please mind! Robby Barth has done a wonderful job of training and conditioning him, as usual, and has had a fantastic 2018 show season going undefeated all year in Modern Formal Driving, including 2018 Congress Stakes Champion. After earning his Hall of Fame in Halter as a 2yr old in 2017, we showed him for the 1st time again in Halter in 2018 at Congress, where he won the 2018 Congress Senior Halter Champion and Res Grand Champion Modern Stallion. Check out his Congress halter picture on the rail to see his hock action, as he has the maximum lift on all 4 corners!

Reward earned the title of 2018 National ASPC Modern Driving Pony of the Year!

Here is Reward as a 3 yr. old at 2018 Congress in Modern Formal Jr. Pony Driving: